This Is The Prestige Truth! Facts About Spectral Select Films and Performance Measurements! 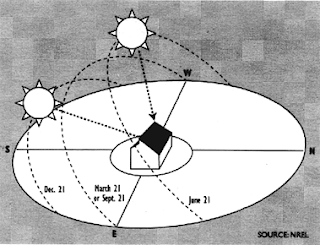 Well I guess it’s time for me to re address the whole “on-angle” Total Solar Energy Rejection measurement, “Issue”.
As many of you That are in the industry are aware, it is a measurement that is currently marketed by 3M to show the performance of their Prestige Window Film line. As a Consumer, “Buyer Beware”!
The whole premise is that the window film industry has always tested and derived the Total Solar Energy Rejection specification at 90° perpendicular to the glass. 3M reasons that the sun does not reside at 90° throughout the day, especially at the hottest part of the day, thus the need to create a film that (in their mind) performs better “on-angle.” So the need for an “on-angle” measurement arises and subsequently the specification finds its way into their marketing literature.
* Quick note: When Prestige first came out the Heat reduction percentages were on the sample cards and Tech sheets, like all the spec’s had in the past. Within a few months, NEW cards came out without Heat Reduction Numbers and a New Term “TSER on Angle” and for Prestige Film Cards Only! Why? Because the heat reductions were no better than their Neutral Metalized film’s, and therefore customers saw no benefit to upgrading! I still have the originals!
Despite the fact that the window film industry has never promoted such a measurement and the NFRC does not post angular performance data on the product certification labels, the general public is left to assume that this is a common measurement that sets one product apart from all others.
The assumption gets propagated further when window film dealers add inaccurate statements and insert fiction into what is fact.
For instance one dealer writes a rebuttal on their website in response to the statement: 3M’s total solar energy on angle spec is not supported by the National Fenestration Rating Counsel
Dealer’s Response: This is true but this is new technology. No other manufacturer (glass or window film) can rate their product this way. The two hundred layers in the new 3M Prestige window films with nano technology make this new on angle specification possible. All window film manufacturers measure the total solar energy rejected at a 90 degree angle to the glass.
Let us separate fact from fiction here…
Fact: The NFRC does not support the Total Solar Energy Rejection On-Angle specification. All manufactures measure the total solar energy rejected at a 90 degree angle to the glass.
Fiction: The statement that this is new technology and that no other manufacturer (glass or window film) can rate their product this way. Also the statement that it is 3M’s multi-layer nano-technology that makes this new angular specification possible.
The reality is that any manufacture can easily report their performance ratings this way, if they wanted too. This specification is not made possible by the unique construction of Prestige Window Film’s multi-layer technology, nor is the on-angle measurement a new measurement. Lawrence Berkley Laboratories has had software available for many years that gives angular performance data of window coatings and window films on almost any glass type available. This software and the measurements that result from it are recognized by the Department of Energy (DOE). 3M did not invent this measurement and neither did any other window film manufacturer!
If we use this LBNL software and run our own test, comparing “on-angle” performance data of a few films, we can get to the truth. This particular test was run on clear single pane glass .120 inch in thickness with 3, 70% VLT films that have their specifications listed.

What is clearly seen here is that there is on-angle data available for all 3 brands not just Prestige. The SHGC or Solar Heat Gain Coefficient is the opposite of the Total Solar Energy Rejection measurement, in that The lower the number, the better the overall performance. So ignore the fact that Prestige 70 gets outperformed on every measurement by the other two films (unless you are about to make a purchase of it!), but rather, focus on the pattern.
As the sun’s angle increases, the performance of each film increases as well. So much so that when the sun is directly above the window, all of these films perform extremely well; they reject all of the sun’s energy! By the way… clear glass has a 0.00 SHGC at 90° too. Why? Obviously as the sun orientates to a higher angle above the window less energy transmits through the glass.
So this whole idea of a company’s technology making a new measurement possible or window films being designed to be unsurpassed by any other window film, in on-angle performance, is unfounded and inaccurate.
Let’s leave the consumer with some dignity, and treat then with Integrity, as well as provide some accurate and relevant data that will not fool them into believing that one product is something that it is not. Customers also need to be Leary of the Hocus Pocus on Angle BTU test that 3M Dealers will use. The Prestige film is optimal for blocking the range of IR that the BTU meter measures, which is not the whole Infra Red range.
I know this because I was a 3M dealer for 14 years and for several of them, The Largest in AZ and one of the Largest in the U.S.A. each year! I was also a 3M Advanced Certified Trainer for over 10 years and I unfortunately, was part of the deception until I Acquired and studied the Data, Reports  and Presentations from their own Lab people showing how the film “Fooled the BTU meters”(all of which I still have).
The truth is, if we measure in degrees, the VKool beats the other films hands down! That is why we have chosen VKool as our Premier Spectral Select Film, Followed by: Geo Shield and Madico’s Advanced Ceramic Films!
Window Film Manufacturers need to continue to move towards adopting standardized performance measurements, and using well respected third party agencies like the NFRC to verify these measurements.
Window Film Dealers, (for the Customers benefit) need to educate themselves so that they do not propagate inaccurate and false information to the consumer, for if they continue to do so, it will only serve to discredit a product (Window Film) that is so badly needed in a time where energy conservation is vital.
For more Honest Helpful Information Please Contact us:
Local: 480-985-9293
Out of Town: 888-577-TINT (8468)
Log on to: https://www.amadeintheshade.com
Email us: [email protected]
Local: 480-985-9293
Long Distance: 1-888-577 TINT (8468)
Email: [email protected]
Website: www.amadeintheshade.com
Blogsite: www.amadeintheshade.net
Made In The Shade Inc.
WHERE YOU ARE THE COOLEST!